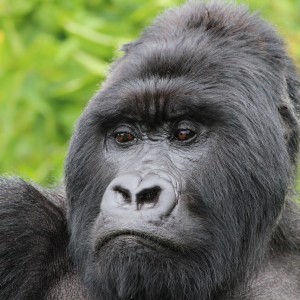 Back to all families

Agashya group is found in Volcanoes National Park in Rwanda. Originally known as Group 13 and headed by the dominant Silverback Murthi. Unfortunately, Murthi died in 1992 leaving behind 3 young males (Munane, Nyakarima and Kwirinda) who struggled to lead the group. The 3 males stayed together until Munane turned into a Silverback and led the group. Kwirinda died from injuries sustained through a fight with another group, while Nyakarima left the group. In his quest to expand the group, Munane interacted with other groups and acquired females. He unfortunately died on May 18th, 2002, due to natural causes leaving behind a blackback to lead the group. Due to his young age, the blackback associated with the adult female Safari who helped him in managing the group. However, a Silverback (Agashya) from an unknown group then came and took over leadership from the young blackback. The group was later named Agashya in 2010 at the Kwita Izina ceremony. Currently, Agashya group is led by the Silverback Agashya and is composed of 22 individuals: including 4 Silverbacks, 4 Adult females, 1 Blackback, 2 Sub-adult females, 2 Sub-adult males, 2 Juveniles and 7 Infants.