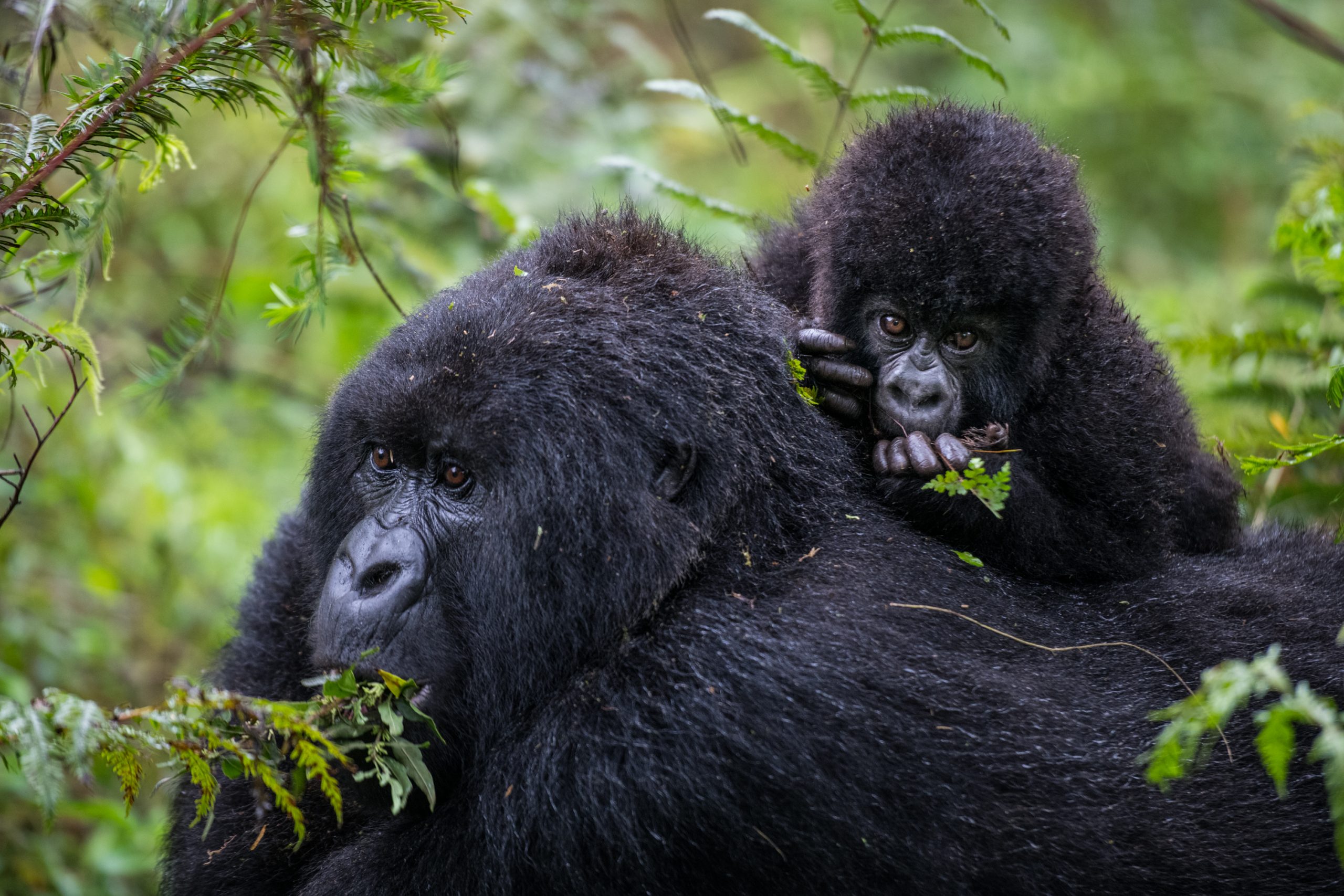 Hirwa group is found in Volcanoes National Park in Rwanda. After the death of its group leader Munyinya on February 21st, 2019, following a prolonged illness (Munyinya died in Mgahinga Gorilla National Park), the group is now led by Uburanga. The group was opened for tourism in July 2006 and named Hirwa in the same year. During his time, Munyinya increased the size of his group by grabbing individuals from surrounding groups such as Sabyinyo, Agashya and Kwitonda. Hirwa group has kept exhibiting its strength and maintained its status and respect from other gorilla groups in the area. Hirwa group is composed of 13 individuals including 1 Silverback,2 Adult females, 2 Blackbacks, 2 Sub-adult females,3 Juveniles and 3 Infants. This group is known to have the second ever surviving twins (Isango Gakuru and Isango Gato born to adult female Kabatwa). 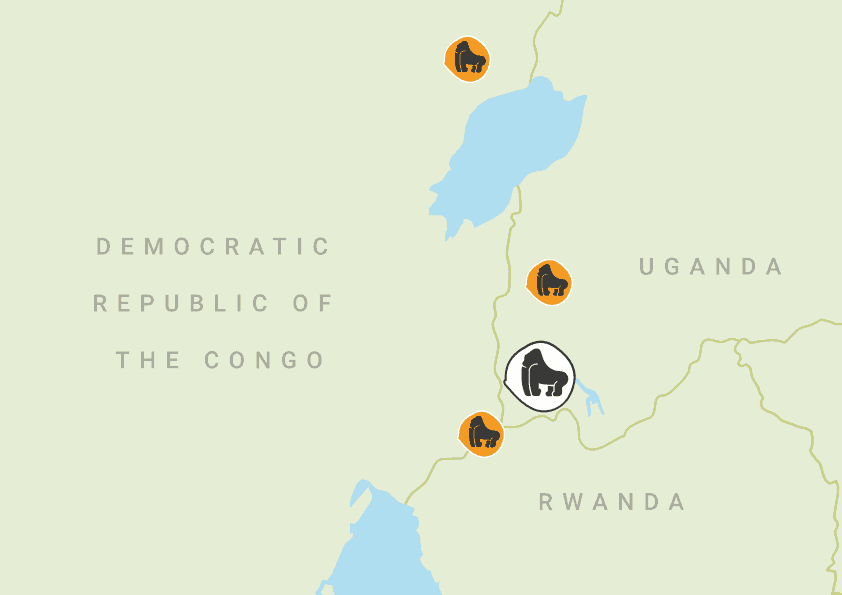