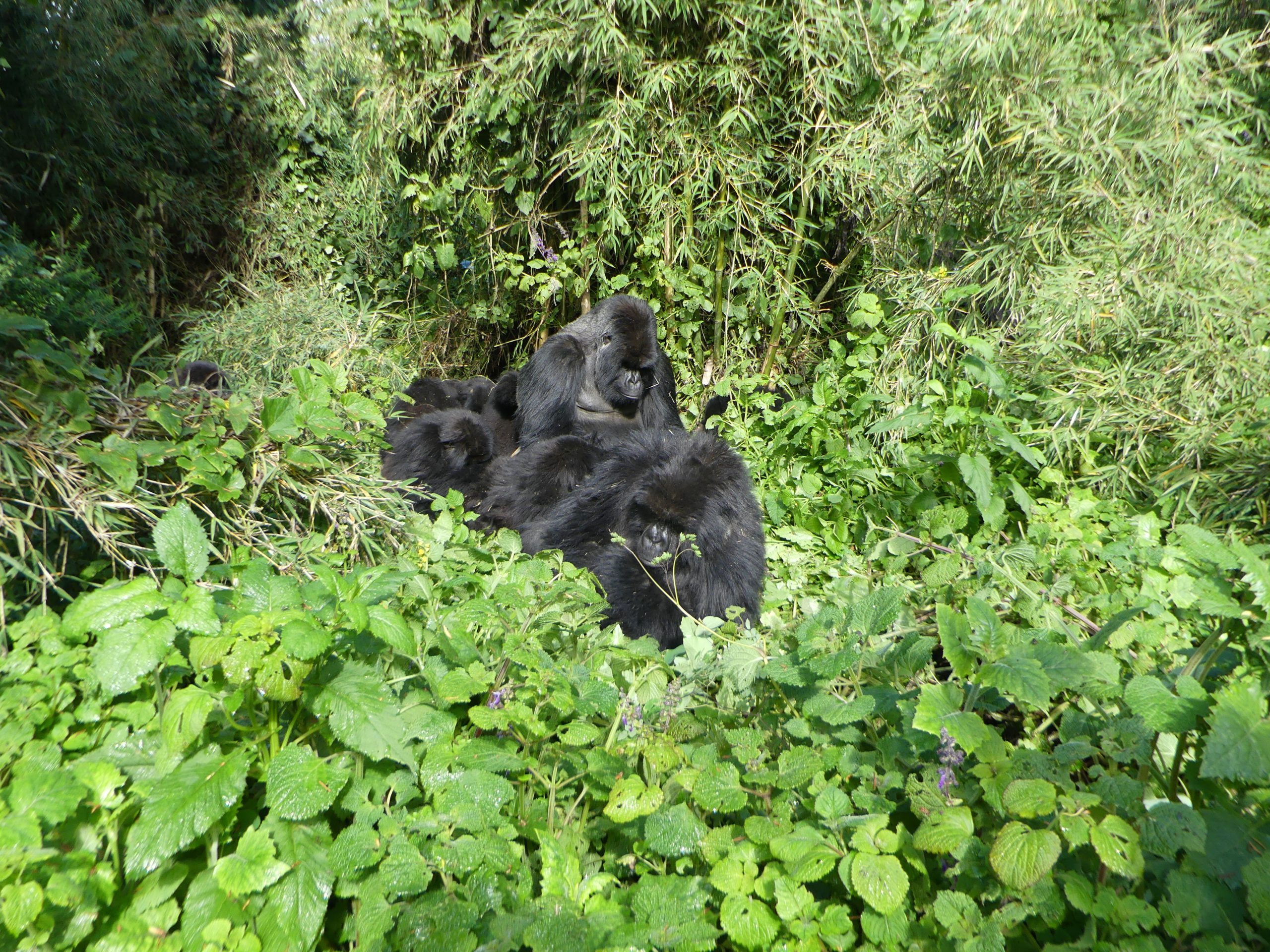 Isimbi group is found in Volcanoes National Park in Rwanda and is led by the dominant Silverback-Muturengere. Isimbi group is a result of Karisimbi group split which took place on 10th April 2012. Getty Silverback took over leadership of the new group of 7 individuals. Unfortunately, Getty died on December 22nd, 2013, due to an abscess on air sac and pneumonia. After his death, the young blackback then, Muturengere took lead of the group with the help of Poppy, an adult female. Muturengere fought other groups that sought to grab some members of his group. Recently two adult females left the group to join lone Silverback Noheli to form a new group. Isimbi group is now comprised of 16 individuals who include 1 Silverback, 4 Adult females, 7 Juveniles and 4 Infants.