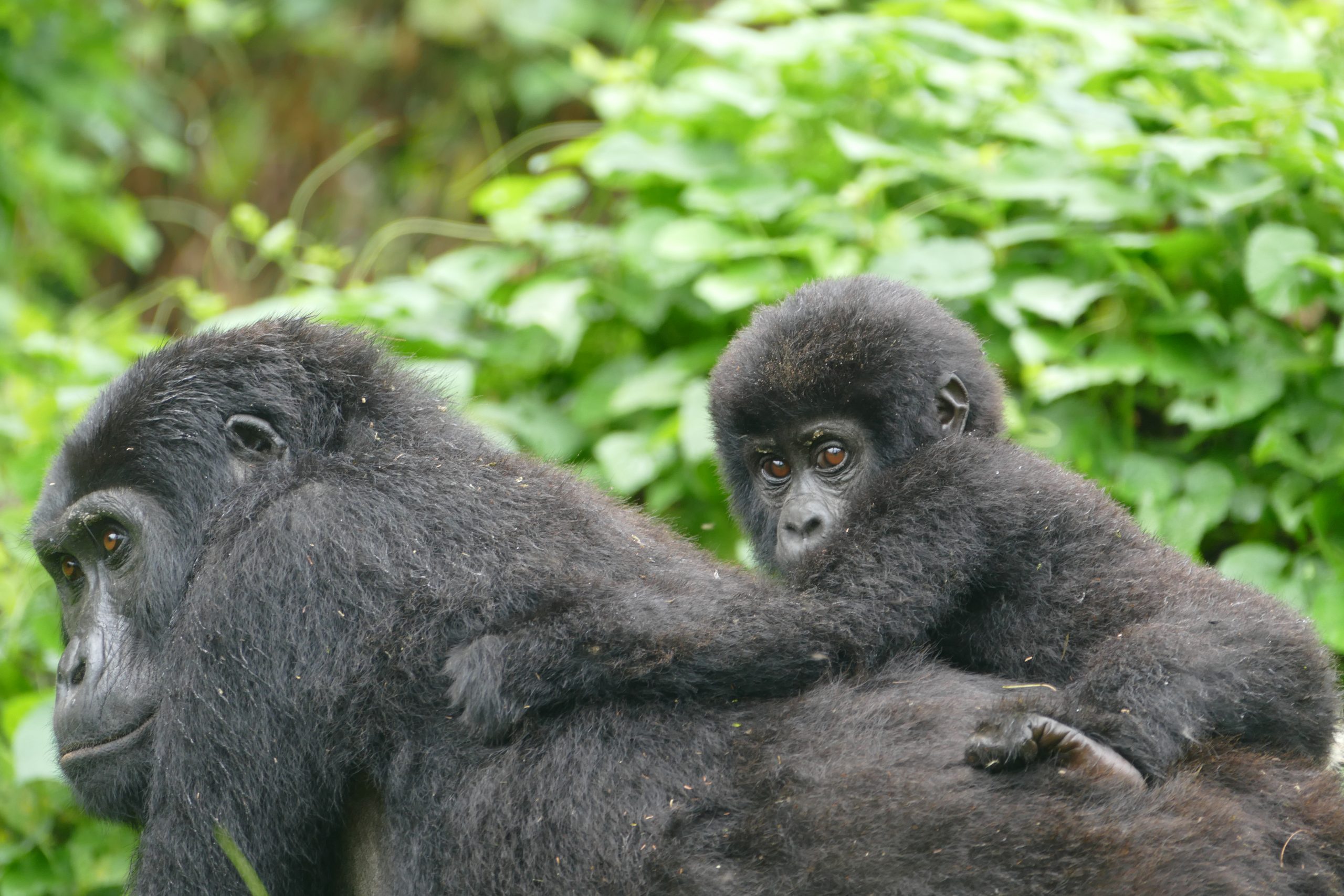 Katwe gorilla group is found in Buhoma sector of Bwindi Impenetrable National Park and is headed by the dominant Silverback “Mahaane”. Close monitoring of Katwe group started in January 2018 following the death of the Silverback “Kanyonyi” of Mubare group (in November 2017). Kanyonyi’s death resulted into disintegration of the group members to initially unknown locations. Upon discovering that some fully habituated members of Mubare group, for example adult females “Kashundwe” and “Malaika” had joined Katwe group, the group’s habituation began in order to maintain continuous close monitoring of the habituated individuals and their new counterparts in Katwe group.  The group name is derived from the topo-name of the hilltop/locality where initial habituation of the group kicked-off from. Katwe group is composed of 9 members including 2 Silverbacks, 3 Adult females, 2 Sub-adults and 2 Juveniles.