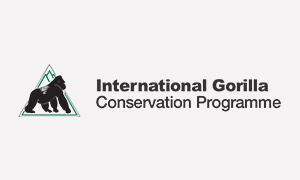 Mishaya gorilla group is a new group found in Rushaga sector of Bwindi Impenetrable National Park. The initial birth of Mishaya group occurred in July 2010 when Shongi group split into two with a splinter section led by Silverback Mishaya. On 3rd February 2014 Mishaya group received a tough blow when its sole leader ‘Mishaya’ died from an obstruction of the intestinal gut henceforth resulting into a dispersal of the remnant group members as they had no other adult male to exercise leadership. Some of the members ended up joining Bweza group,  others joined Bikingi group while the whereabouts of more others was not immediately known until May 2018 when they were re-discovered under the leadership of Silverback “Tinfayo” – a former member of Shongi group who left his former family around 2012 with one Adult female (Shida) and her infant (Rotary). Re-habituation of the group became inevitable in order to beef-up close monitoring of the already habituated members.  Mishaya (New) group is currently headed by the dominant Silverback “Tinfayo” and is composed of 10 members including 1 Silverback, 1 Blackback, 4 Adult females, 1 Sub-adult female and 3 infants.